The pandemic has wreaked havoc on everyone, but it’s taken a real toll on children’s mental health. Instances of anxiety and stress have all been on the rise among kids. In May of 2020, nearly 3 in 10 parents were worried about their child experiencing emotional or mental health harm as an impact of COVID. That number more than doubled in 2021.

Fortunately, time in nature has an incredibly positive effect on children’s mental health, with benefits materializing after just 20 minutes of being outside.

This year’s Generation Wild campaign, created by Sukle and Futuristic Films, highlights the difference that time outdoors can have for kids and their mental health.

Every parent has witnessed firsthand how stress and anxiety can transform their child from an adorable, sweet kiddo into an unyielding, enraged little monster. The campaign shows that in an unexpected way, helping parents understand what a difference just 20 minutes outside can make.

In addition to TV, social, digital, and outdoor, the campaign also features a great list of 20-minute activities that kids can enjoy all year long. Learn more at generationwild.com.

What’s more fun than getting outside and building a snowman? Doing it for an awesome cause.

To get kids outdoors during the snowiest month in Colorado, we’re asking them to make a snowman to brighten someone else’s day. The “say hi with a snowman” idea quickly gained traction and attracted the awesome people from Children’s Hospital Colorado. With their help, kids across the state can now build a snowman for a fellow kid in the hospital. And as luck would have it, the day the campaign launched, over a foot of snow fell in Denver. Now that’s planning.

Hey Wilder, we’ve got some questions.

It has come to our attention that “HGGGRRRRRRRRURUURUUURRRRRRR” is goat-yeti for “a tuna salad sandwich, thank you.” In a plot twist we never saw coming, Wilder can talk!

Thanks to our friend and native goat-yeti speaker Rion Evans, we got to understand Wilder a little bit better in our first ever episode of Ask Wilder Live. Don’t miss our Generation Wild Facebook video as Wilder answers his follower’s burning questions, and our hilarious comic at https://www.rionevans.com/.

Our trails hate COVID-19 too.

When the coronavirus hit Colorado, we were all instructed to stay at home. So naturally, everyone went out. Far out.

Our mountains and trails became a priceless resource for people trying to safely escape the stress of the lockdown. But in doing so, this new flood of foot traffic caused damage. More people meant more trash, more stomped plants, widened trails, and a whole lot more dog poop.

Volunteers for Outdoor Colorado needed to do something. Fast. So, in order to remind these hikers to mind their manners on the trails, we came up with a simple truth, “You are what you leave behind.” Can’t miss trailhead posters were installed across the state.

Wilder isn’t just loved by millions across Colorado – he also won over the judges at the 2020 American Advertising Awards! Wilder: A Tale of Love for the Outdoors took top honors last Friday. Statistically, a national ADDY is one of the most challenging creative awards you can receive in the industry. This year, 30,421 entries were submitted. 214 national awards were given, with only 1 gold given per category. Wilder won gold.

We’re thrilled to keep adding awards and accolades to Wilder’s ever-growing trophy cabinet. He’s also been recognized by the One Club at the One Screen Film Festival in New York, the Denver Fifty, The One Club for Creativity Denver, and The Durango Film Festival. Wilder’s also up for a Silver Anvil – the highest award for public relations. Our fingers are crossed!

This award would not have been possible without the passion and trust of our amazing clients, Great Outdoors Colorado. May we continue to win hearts, minds, and lots of shiny trophies together.

The Denver Fifty honors the fifty best ideas in advertising among Colorado agencies from the past year. We’re proud to announce two wins for our work for Great Outdoors Colorado and a third for The Children’s Museum.

Great Outdoors Colorado – Wilder: A Tale of Love for the Outdoors – Film

We all remember what it was like to be a kid. Endless summer days playing outdoors until mom called us in for dinner. Unfortunately, that’s not what childhood looks like anymore. Today, kids are spending less time outdoors than any other generation in history and it’s not good for them.

But how do you get their busy, overworked parents to stop for a minute and reprioritize their children’s day? We did it by tapping into their memories and tugging on their heartstrings. The result is a short film called Wilder. A Tale of Love for the Outdoors. The film reminds all of us that we’ve become removed from nature and that it’s time to change that.

Did you know that roly-polies drink from their butts? Yeah, neither did we. That fact made us realize there’s an incredibly entertaining world right outside the front door. So, we created an equally entertaining series of videos to inspire parents and their kids to get off the couch and discover the natural world. The videos reveal interesting facts and make people aware of the amazing awesomeness of nature.

The Children’s Museum was launching a new experiential exhibit called Adventure Forest and wanted to create a buzz prior to opening. The exhibit creates a world designed by artist Wes Sam-Bruce that intertwines humans, plants, animals, water, land and sky. Sam-Bruce created an alphabet and language for his living world.

We used the unusual alphabet to create a campaign that inspired the same curiosity and discovery as the exhibit. Throughout the city mysterious messages appeared on billboards, bus shelters, wallscapes, trains and sidewalks.

Our team worked with Snapchat to create custom augmented reality filters that translated the mysterious messages into English and sent people to the Children’s Museum to experience the real Adventure Forest.

Wilder: A Tale of Love for the Outdoors is now playing. To get your kids playing.

This summer marks our third year of working on Generation Wild, the brand we created for Great Outdoors Colorado. Generation Wild has made huge strides in reconnecting children with the outdoors and this year’s effort is the biggest yet. That’s because this year we’re introducing Wilder, an 8’ tall creature that’s part goat, part yeti, and all friend.

Wilder: A Tale of Love for the Outdoorsis a short film that will pull at your heart strings. It’s the story of a little girl who wanders into the forest and befriends this giant creature. The tale reminds us all that somewhere along the way, we’ve lost our connection with nature. And it’s time to change that.

Creating an 8’ tall goat-yeti was no small feat. We spent months designing the character and creating just the right look for Wilder. We then worked with Legacy Effects in LA to bring him to life. Legacy is the special effects wizardry behind such blockbusters as Iron Man, Jurassic World and The Shape of Water. While Ironman was awesome, we think Wilder might just be their best work yet.

The film was shot in Durango, Colorado. Big shout outs go to the production company Off Abbott and director, Lee Lloyd Choi. Ring of Fire edited a beautiful story and created special effects. Rocky Mountain Recorders did their magic with the sound design. Music was produced by ColorWheel Music and composed by Aaron Espe and Tom Hagerman (of DeVotchka).

Wilder has only just launched, but if the reaction we’re seeing is any indication, he’s going to be wildly popular.

We’re happy to announce being recognized for three awards at this year’s Denver 50 Show.

Our Generation Wild TV spot for Great Outdoors Colorado was honored, making it back-to-back years the campaign was awarded.

Congrats to our clients and the agency partners who helped bring this to life.

Generation Wild is a movement we created on behalf of Great Outdoors Colorado to inspire kids to play outside more often. For the second year of the integrated campaign, we created this TV spot to highlight the fact that parents are quick to buckle their kids in to keep them safe, but they’re not setting their kids free to play very often. “Click” brings to life the fact that there are times for buckles, clips, and straps, and there are times for dirt, sticks, and stinkbugs. This serves as a fresh reminder for us to take a break from the hustle and bustle and set our kids free every once in a while.

Cody Yellowstone is the original old west town. It was founded in 1901 by the legendary American scout and bison hunter, Buffalo Bill Cody, and with historic saloons on every corner and nightly rodeos, not much has changed since. For the Cody Yellowstone identity, we wanted to honor the town’s history, while giving it a contemporary feel. The custom logotype was inspired by typography used in playbills and posters for the infamous Buffalo Bill’s Wild West Show and sets the stage for the rugged adventures that you’ll experience when visiting. 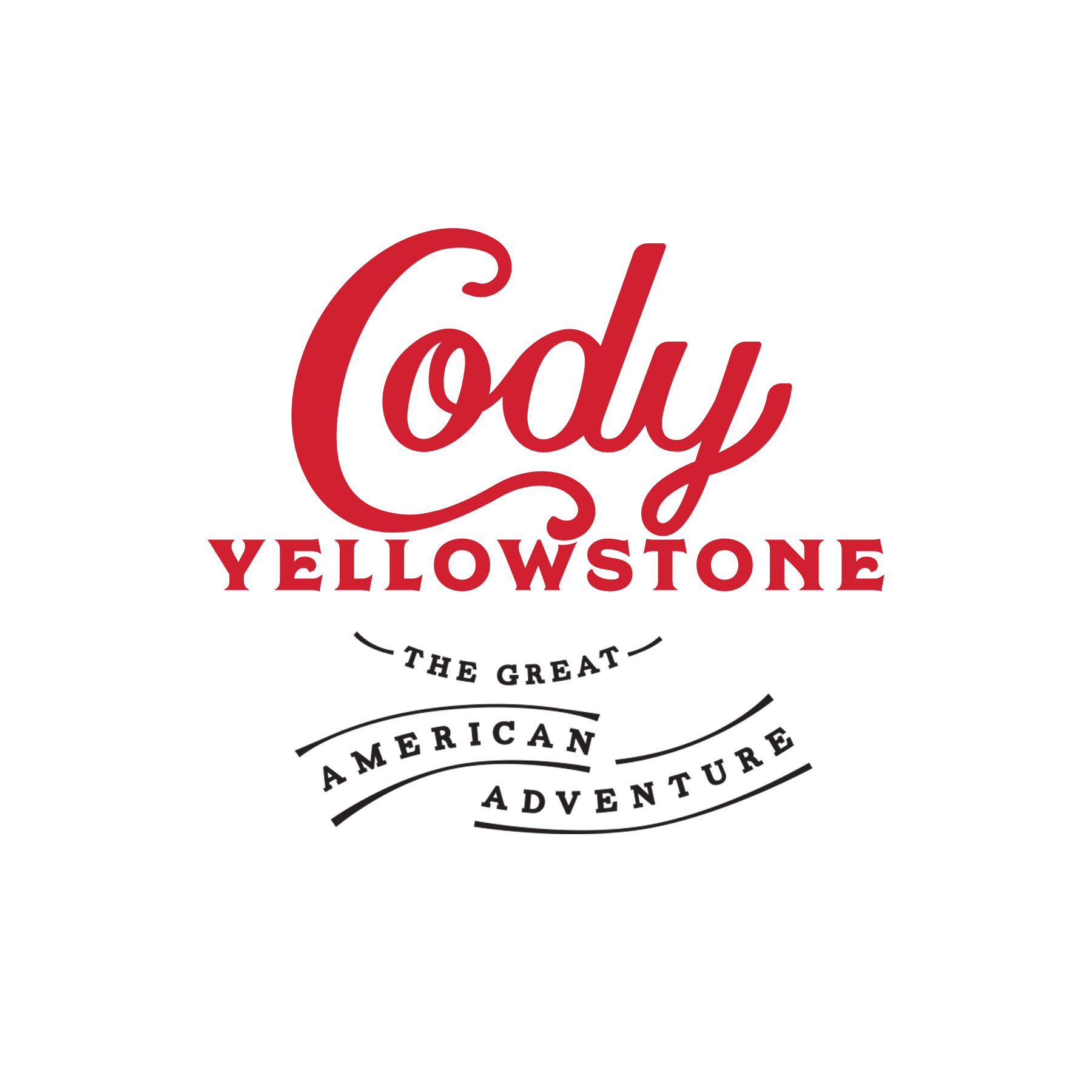 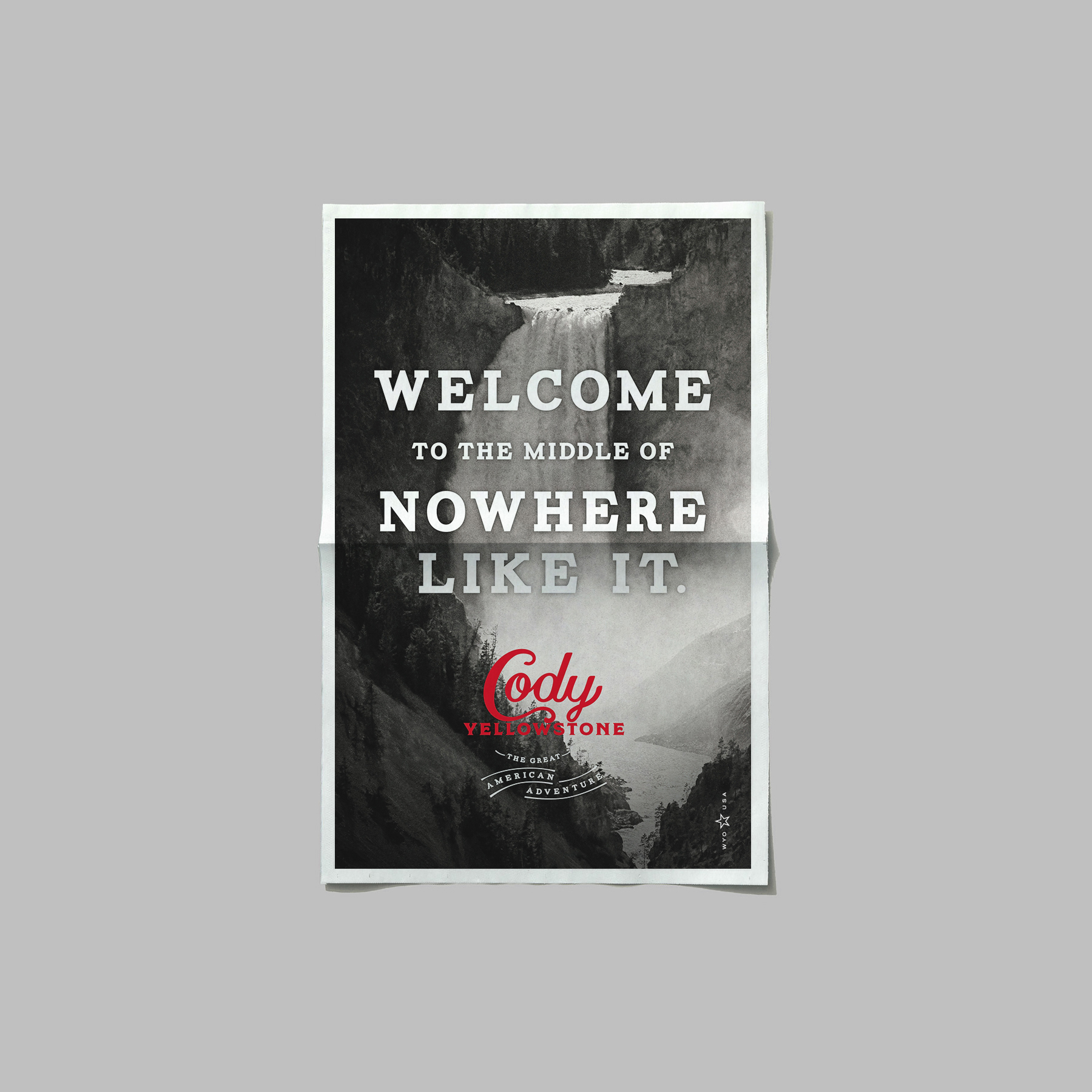 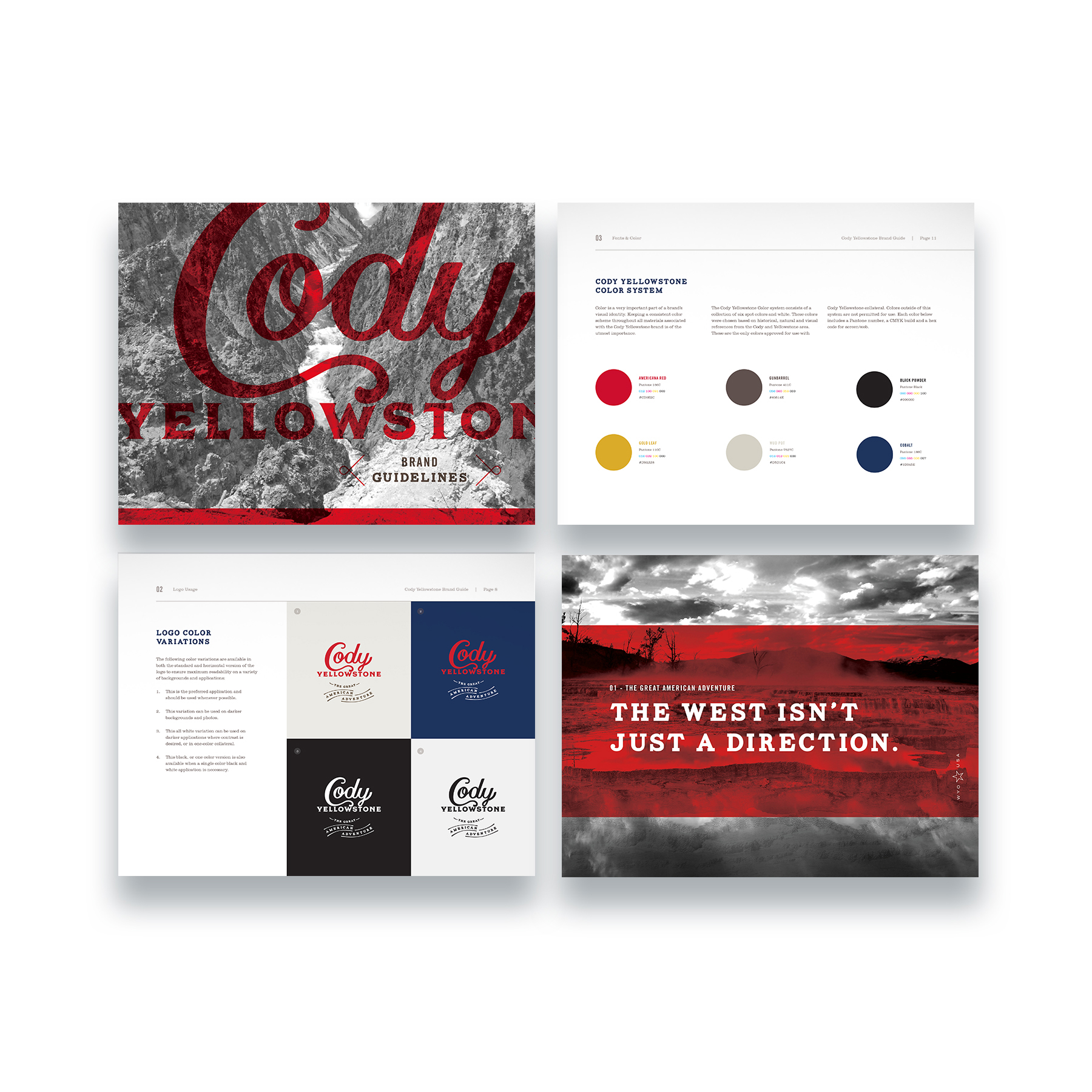 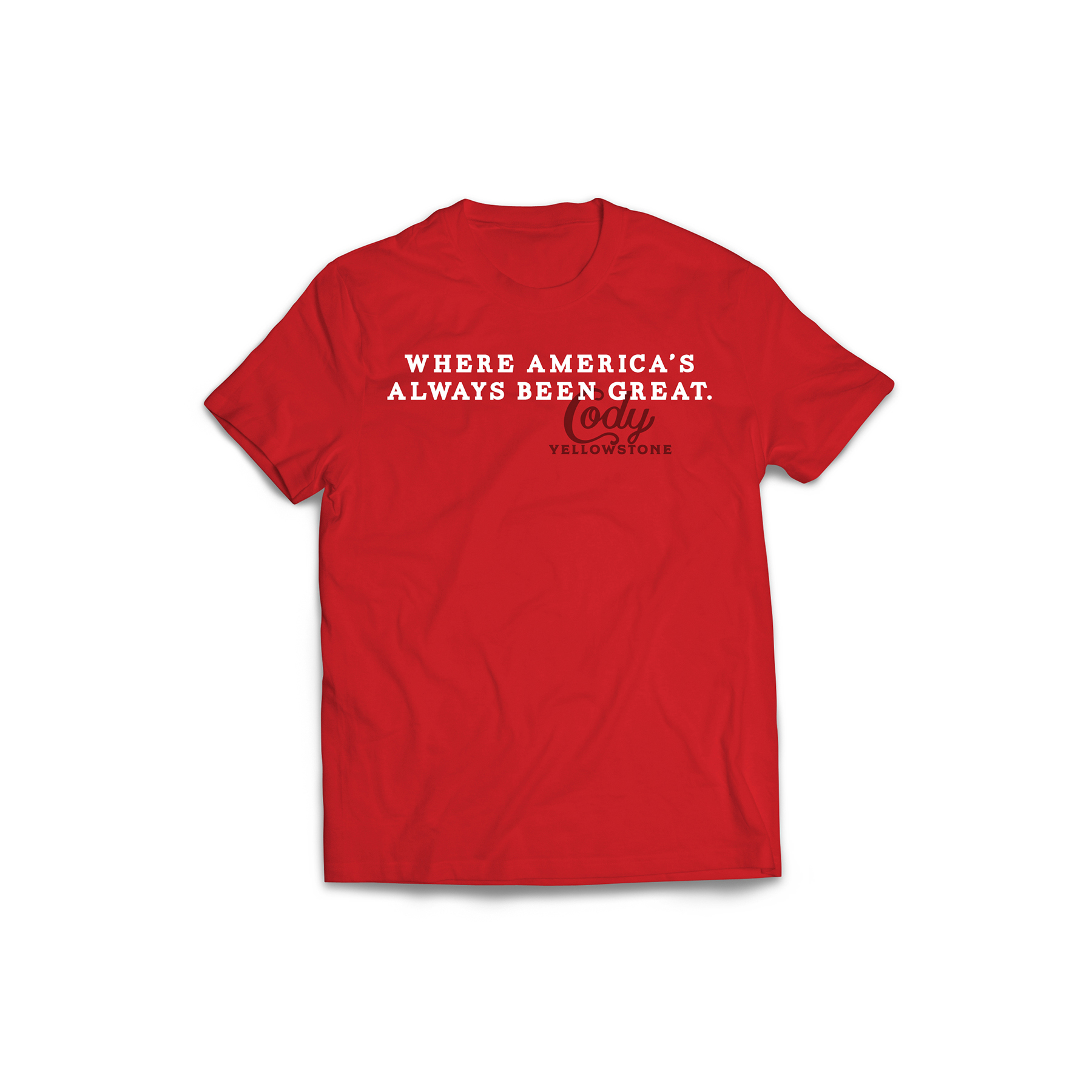 There’s only one place that’s home to a highway Teddy Roosevelt once called the fifty most beautiful miles in America. One place with a history museum known as the Smithsonian of the West. One place with scenic Yellowstone National Park right in its backyard. And one place that was founded by the legendary American scout and bison hunter, Buffalo Bill Cody. It’s a place called Cody Yellowstone, and it’s home to The Great American Adventure. We created this series of videos to highlight some of the most impressive features of Cody and give potential visitors a feel for what this authentic western town is all about.

See all of the winners and full credits here.

Generation Wild is back and has become something bigger than we ever imagined. It’s become a movement that is disrupting the over-scheduled, over-screened and over-protected culture we’ve unintentionally created for our kids. In its first-year it demonstrated measurable success in changing attitudes and behaviors. Over 500 entities across Colorado have stepped up to help change an entire generation of kids. Great Outdoors Colorado (GOCO) has invested in locally led, youth-engaging coalitions in 15 Generation Wild communities to break down barriers to the outdoors, building new places for recreation, creating outdoor programs to activate those sites, and offering internships and job opportunities in the outdoor field. And on June 21 the Governor proclaimed the first day of summer as Generation Wild Day in the state.

This year’s media campaign will inspire parents to set their kids free and serve up new tips and resources to help them get their kids outside more often. Stay tuned, there’s much more to come. Gov. Hickenlooper made it official: June 21st, the first day of summer, is Generation Wild Day in Colorado. The best way to celebrate is to get outside and play.