Getting kids to play outside is rewarding stuff We love being able to do awesome work for great clients, and seeing that work recognized by our peers is just icing on the cake. We’re incredibly proud to report that our campaign for Generation Wild won four awards at the OBIES this year. Thank you to the OBIES for the national recognition. And a huge thanks to Great Outdoors Colorado for allowing us to be their partner on this important campaign to change an entire generation of kids.

We’re honored that our work for Denver Water is one of only five brands selected as a 2018 finalist for the OBIE Hall of Fame.

If you aren’t familiar with the OBIEs, they award the best work in out-of-home advertising each year. Some of the past Hall of Fame winners include Apple, HBO, ESPN, MINI Cooper, and Absolut. Not too shabby. We’re both honored and humbled to have our little local water utility recognized among so many great brands and iconic campaigns.

Check out some of the work and keep your fingers crossed that we bring home the big enchilada. Each year the Denver 50 award show recognizes the best branding and advertising work in the state.

“The Denver 50 is a great reminder of all of the incredible work coming out of Denver and Boulder,” agency president Mike Sukle said. “The bar continues to be raised higher each year.”

Thanks to the Denver Ad Club for putting together another great show.

Survive the season with our holiday card

Is it just us or does it feel like everything is a controversy these days? From the shape of the earth to bathroom signage, it seems like anything and everything is worth fighting over. So, we created a conversation guide to help our friends get through their holiday celebrations without engaging in a shouting match. Enjoy. 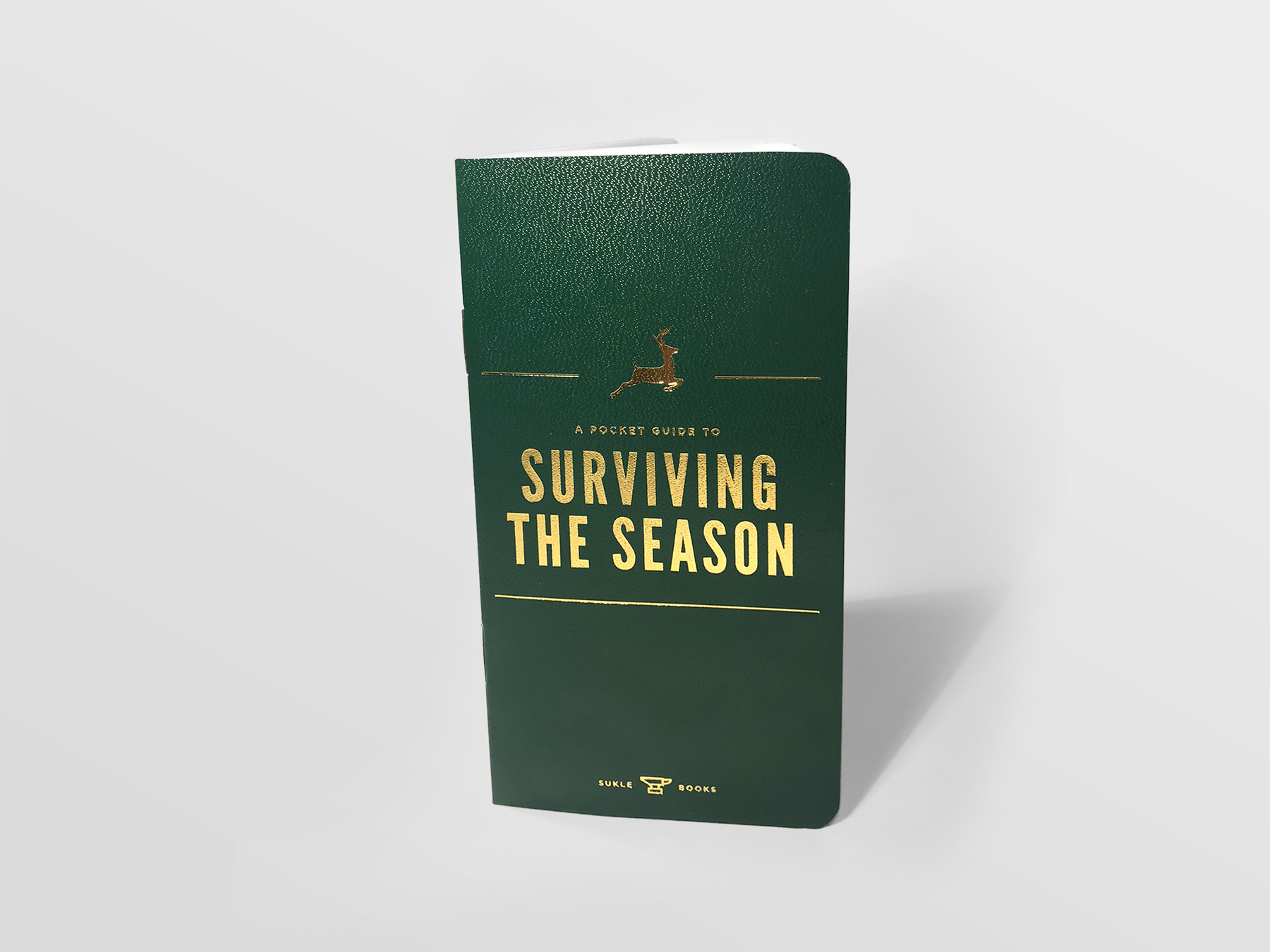 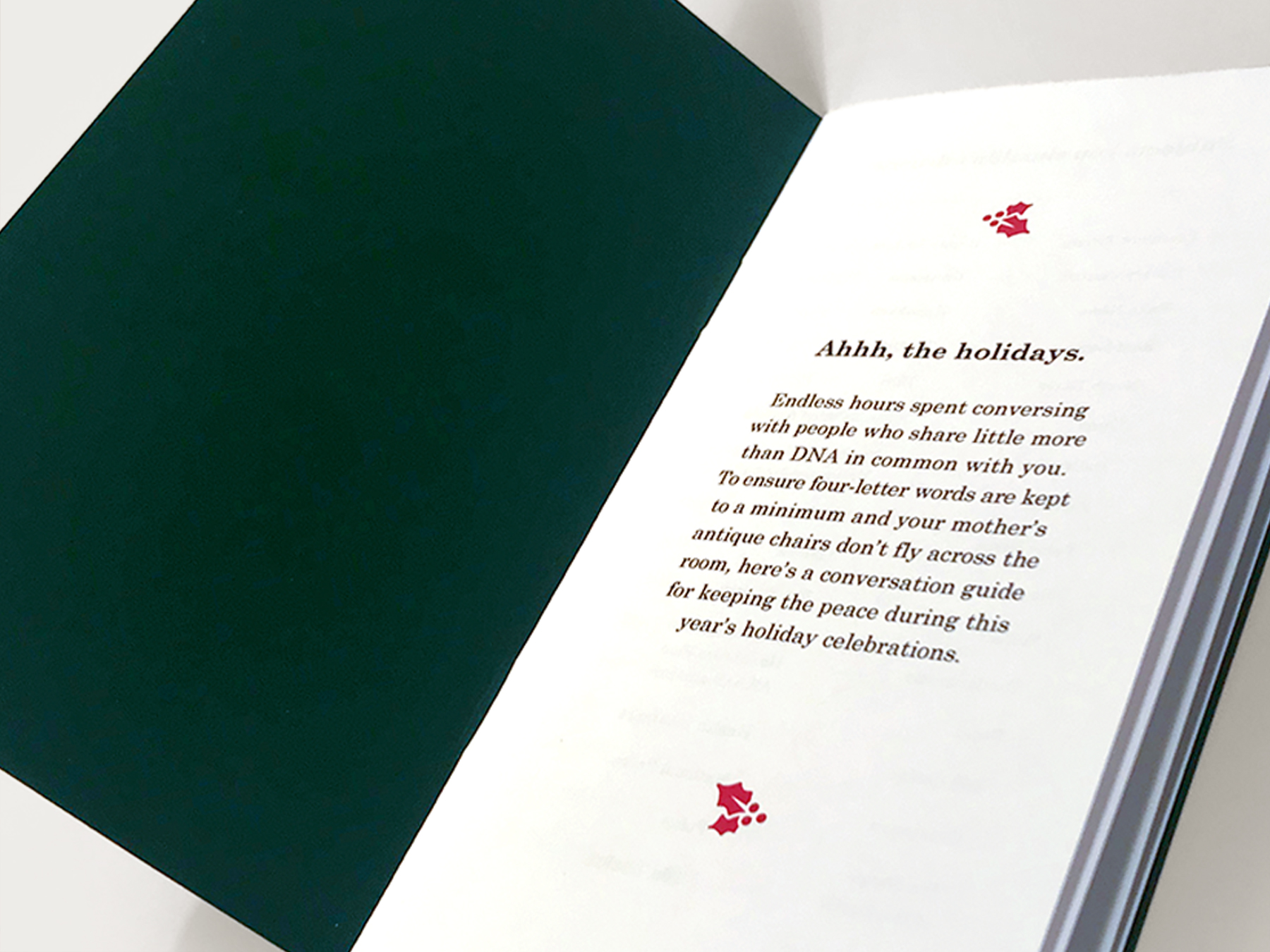 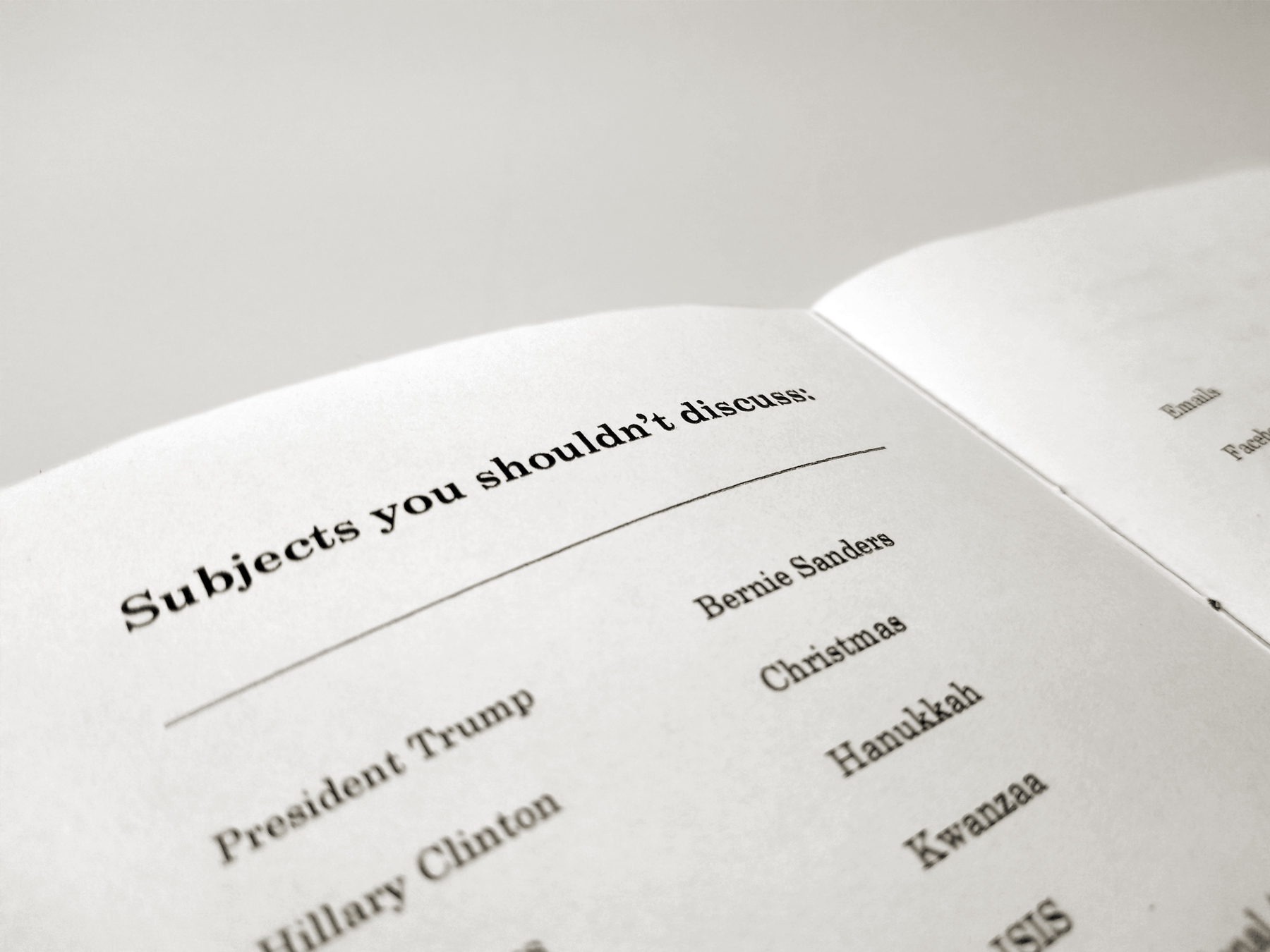 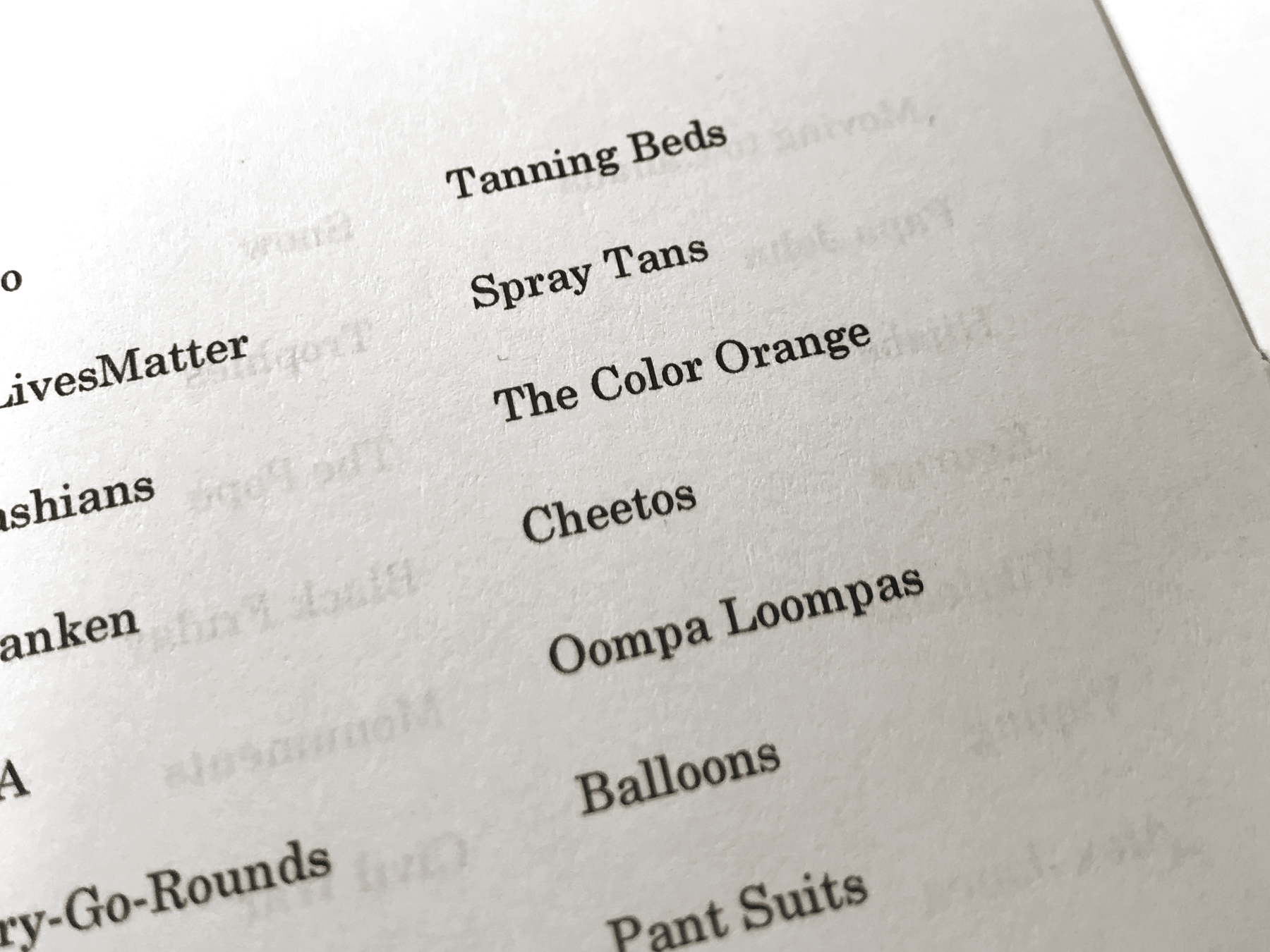 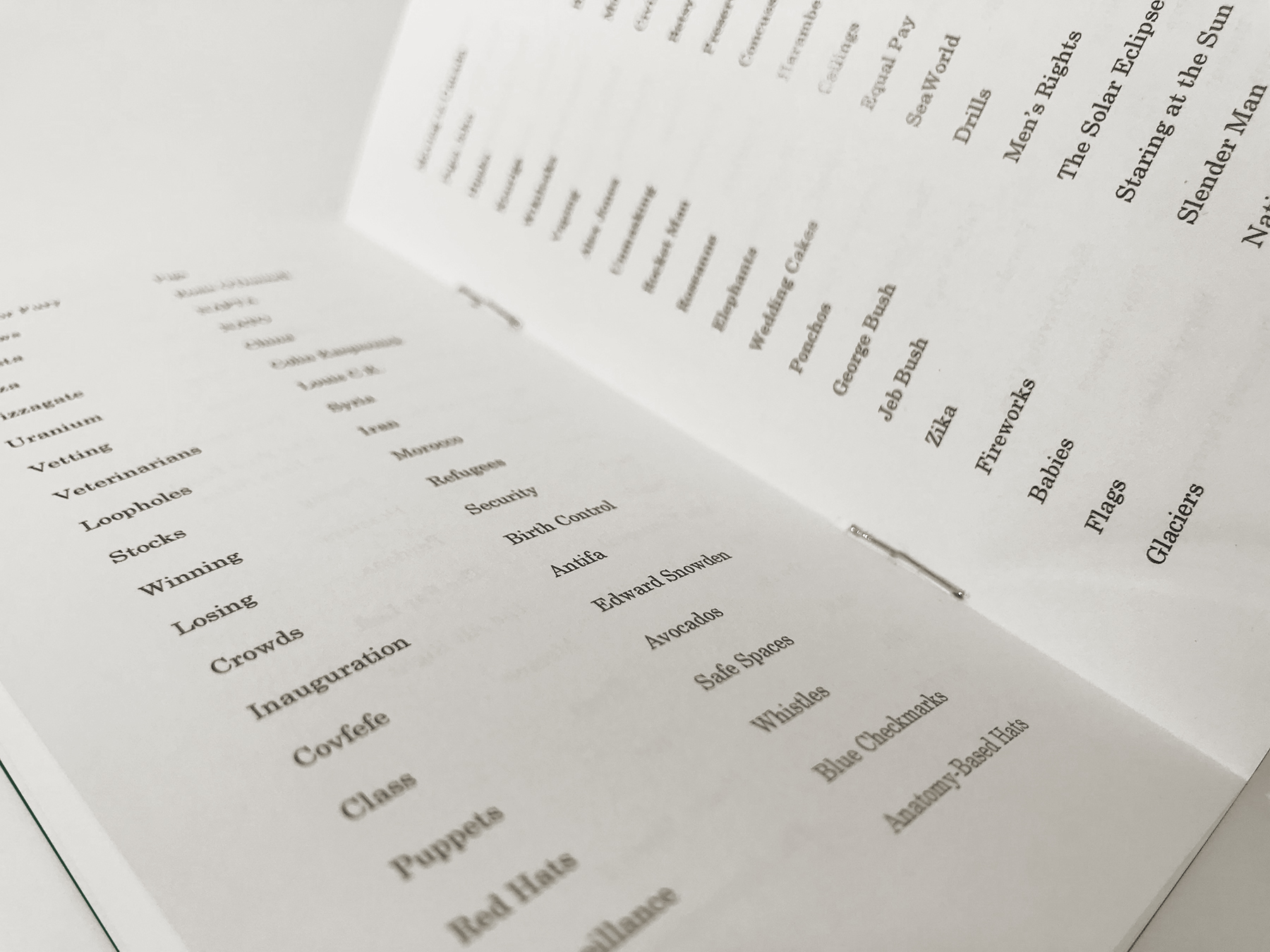 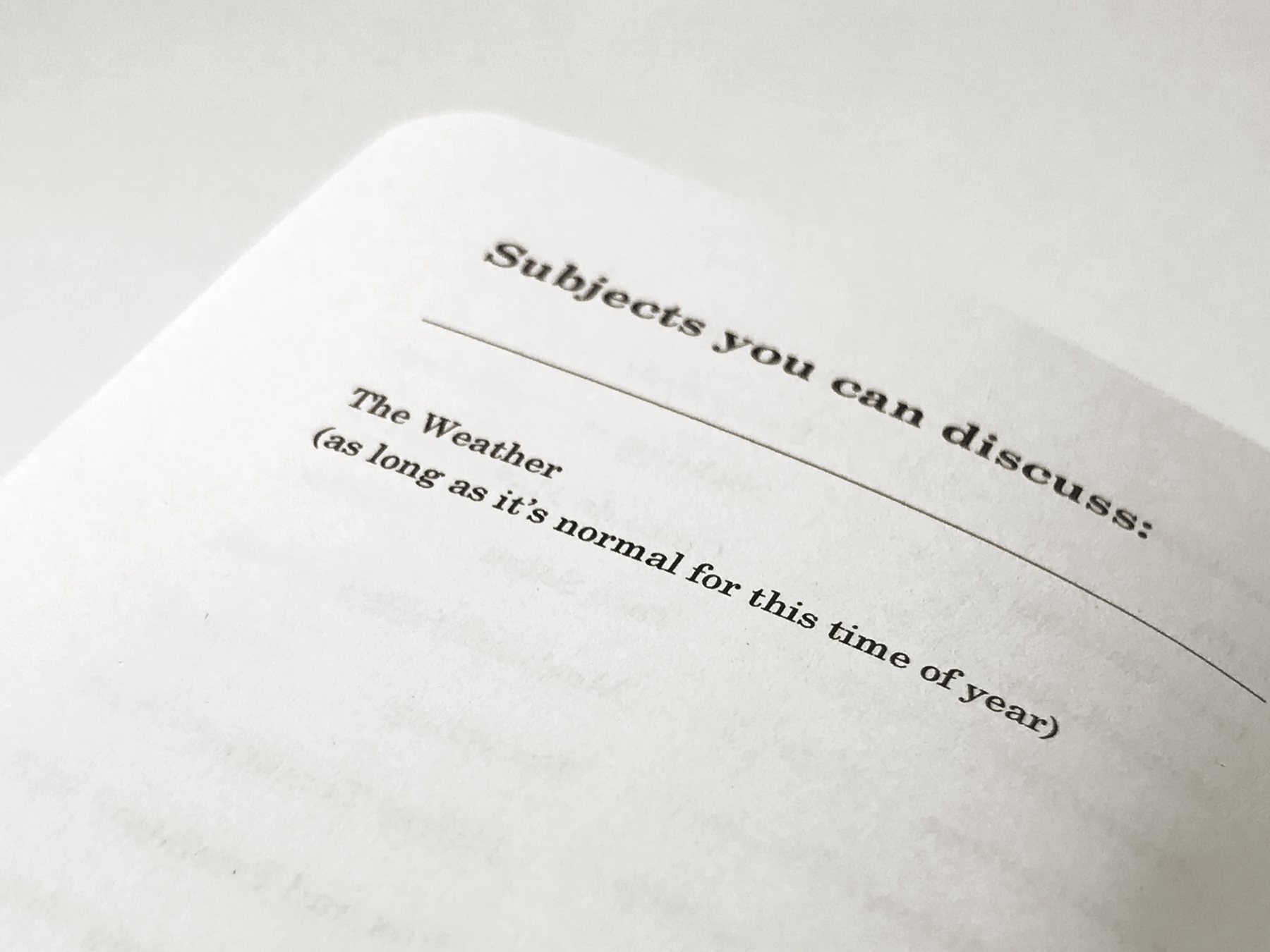 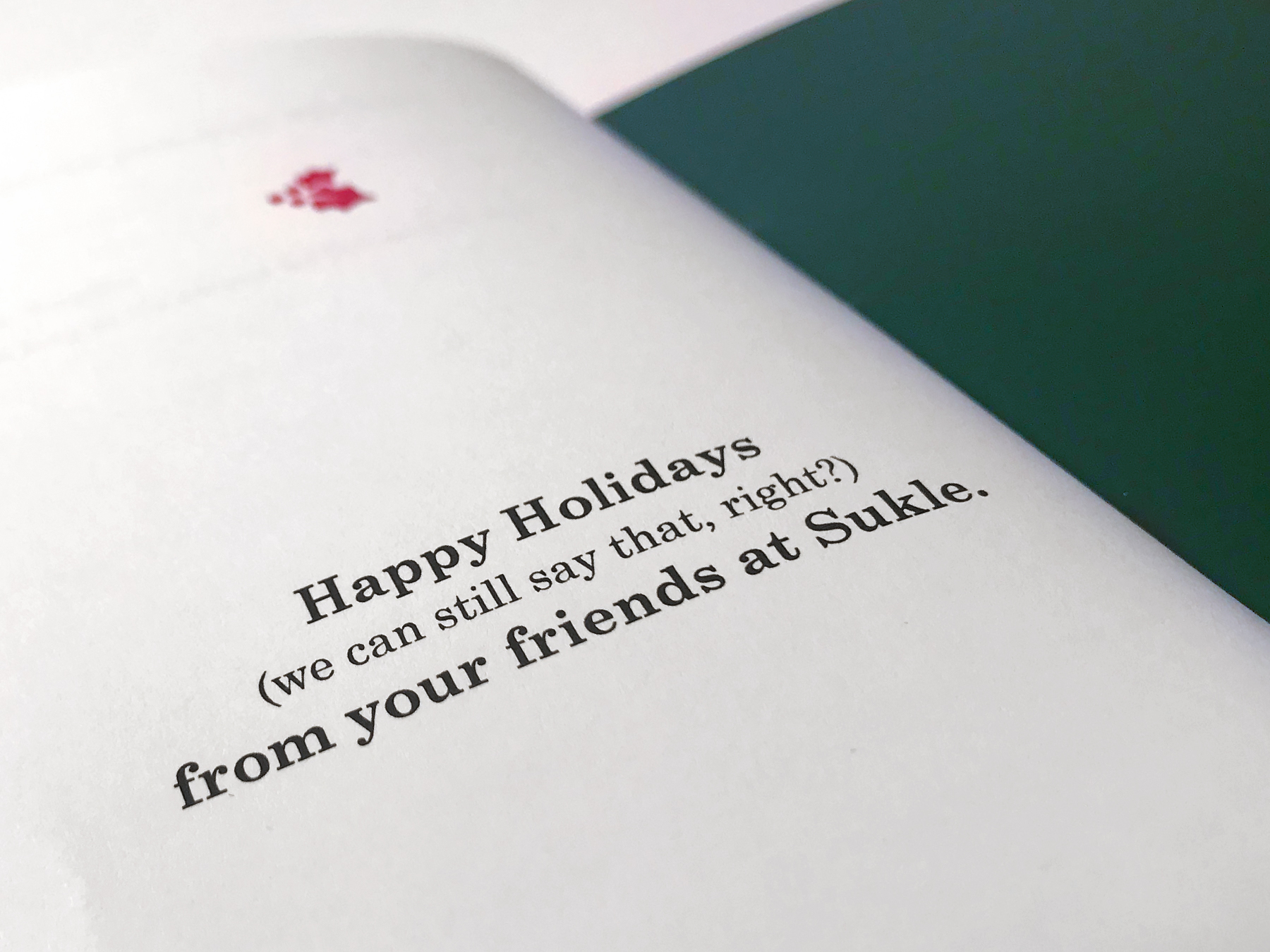 Let us take what’s in your crazy coconut and make it real.

We often find ourselves coming up with outlandish ideas. Ideas that would be either impossible or too expensive to photograph, and wouldn’t look right as watercolor paintings either.

So instead of just throwing in the towel, we did what made the most sense to us. We figured out how to bring our wild ideas to life with the magic of computers. And now, with years of pixel crafting under our belts, we’re offering that capability to our clients. Think of us as your own private production resource.

Need to share a new product prototype with buyers? Or show how incredible your product would look on the shelves inside a retail space? We can help you do that.

Need to make a hippo backflip, but don’t have the budget for a shoot, or a flexible hippo? We can do that.

Need an animation to explain a complex idea in a simple way? We can do that.

Our CGI, Photo Retouching, and Motion Graphics capabilities are the way to make your ideas and brand come alive.

Sound like something you need? Reach out to us and let’s talk about your project.

Digital creative optimization. Why so many syllables and so much confusion?

We’ve all been there. In a meeting or on a call and someone lobs out a term that we’re sort of familiar with, but don’t totally understand. Digital creative optimization is one of those.

Explain it to me in a way that won’t give me an aneurysm.
Using fancy-robot-math to learn which versions of your digital ads are working the best with certain types of people. Then running more of those.

That sounds okay. But should I care?
It helps increase the likelihood that the ads you are running are working with the people you are trying to reach.

It can also help you learn some lessons about what types of messages might be more effective with certain types of people. For example, maybe Millennials aren’t crazy about the idea of booking a test drive of your fancy new car model, but are really into going to your social page to see video reviews.

When does it work the best?
Research has shown that it can increase click-through-performance by 47% and post-click conversions by 69%. But there are certain industries where it is more commonly used: automotive, travel, finance and retail (e-commerce).

Why? These are industries that sell a ton of different stuff. And pricing and promotions are always changing. Which is why dynamic marketing becomes really helpful.

What shouldn’t I do?
Start trying to optimize the hell out of everything at once.

Testing multiple ads at once can cause a lot of confusion and make things much more difficult to manage. To avoid making that headache for yourself, start small. Try looking at the impact of a few different message variants on a single audience with one small campaign.

Irvine Ranch Water District has a reputation as one of the most innovative water agencies in the country, so when they hired us to create a campaign that helps change the culture around water conservation in Orange County, we couldn’t wait to get started.

After working with their team to analyze water usage data and patterns, we uncovered an opportunity to make a substantial dent in water savings – the fall shoulder months of the outdoor watering season. In southern California temperatures tend to remain high through the fall. For many SoCal residents, this led to a belief that they needed to keep their sprinkler systems running full bore until the weather cools off.

But the reality is that your lawn isn’t affected as much by the temperatures, but by the amount of sunlight and the intensity of it which lessens as the seasons transition into fall. We needed to help people understand that.

To make our point in a memorable way that stuck with customers, we turned the perspective on its head, asking them to see the situation from their lawn’s perspective and dial back the H20.

To make that idea come to life, the solution was simple: blast people in the face with water in slow motion. We cast people with loose cheeks and a high pain tolerance and got to work. Our production team used a combination of leaf blowers and hoses to mimic the effect of what it must feel like to be an overwatered lawn and we had one of our most fun shoot days yet. To make sure everyone in Orange County got the message, we developed specific Spanish, Chinese, and Korean campaign executions and spread it across a variety of media, including cinema, TV, social and targeted digital advertising.

Sukle scores five awards at The ONE Club for Creativity – Denver

We’re proud to report we were awarded two Gold and three Silver awards at The ONE Club for Creativity – Denver 2017 Award Show. “Clients come to us for work that helps to drive their business forward. We believe that smart strategy paired with unexpected creative ideas that get people’s attention have always been the best way to do that,” said Creative Director and Founder Mike Sukle. “It’s always an honor to be acknowledged by your peers, especially for such a diverse group of work in a show that’s as competitive as this one.”

Sukle was awarded the “Top Honors” Gold for the Great Outdoors Colorado Generation Wild outdoor campaign as well as our holiday gift, “We have gifts for everyone” identity and packaging design project. A full rundown of Gold winners and work can be seen here.

You’re never too old to roll down a hill.

It looks like this past weekend at Dick’s Sporting Goods Park some Phish fans were inspired by Generation Wild (and maybe a few other things) to let their inner child out and roll down a hill. The night is dark and full of affordably priced Scandinavian furniture

File this one under ideas we love. Game of Thrones’ chief costumer recently revealed that the Night’s Watch characters are actually clad in IKEA rugs. IKEA Norway quickly jumped on the buzz around this reveal and posted DIY instructions on how to keep warm this winter by making your very own Night’s Watch cloak. Media coverage included Time, Creativity Online, and Mashable.